The Consequences of Cyberbullying

Last year a teenager in Texas killed herself after months as the victim of cyberbullying. By all accounts she was a normal teenage girl, she went to school, spent time with friends, and had a loving family. Her school principle described her as someone who was well liked among other students. She was not bullied in school but she was being harassed by people outside of school. Her parents said that she received dozens of harassing messages through one of the many anonymous social media apps. They also told reporters that someone was making fake Facebook accounts for her. Maybe worst of all, someone made fake accounts for her on numerous dating websites. They would post her photo and number publicly and say she was available for free sex.

After months of this kind of harassment she finally was pushed to her limit. Feeling hopeless and alone she picked up a gun. Her parents tried to convince her to put the gun down but she could not be persuaded. She held the gun against her chest and shot herself.

This story is heartbreaking but unfortunately it is just one of many. In recent years news outlets have told us about too many teens pushed to the limit by cyberbullies. In these type of cases we are quick to blame the people behind the computer for their cruelty. But rarely do we demand accountability from the anonymous social media platforms that these kind of attacks possible. Social media platforms have different social normals than we have in person. This warped social psychology might help explain why people do what they do. 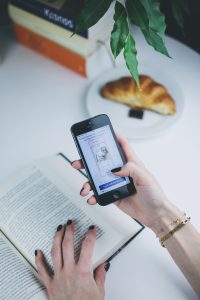 With anonymous social media like Yik Yak, Reddit, and Juicy Campus there seems to be high rates of cyber bullying. If you aren’t familiar with these apps this is how they work. You can make a profile like you would on any other social media site. However, you do not need to give your name, email address, or any other identifying information. They are set up so that they cannot be traced back to actual people.

Many psychologists have studied the phenomenon of cyber bullying by comparing it to traditional bullying. Researchers have also looked at factors that are likely to make people victims or perpetrators of Internet abuse. Unfortunately, right now we have very little research specifically looking at these things with anonymous social media. So for now, we have to explore cyberbullying in general to get an idea of what is going on.

Who is to Blame?

The creators of the app claim that it was never intended to be used for cyber bullying, but rather as a democratic and anonymous social media where people (mainly college students) could have their voices heard. They say that the whole point of an anonymous app was so that the voices of star athletes would be equal to disenfranchised groups voices. The creator said: “why can’t we level the playing field and connect everyone?”.

Here’s the problem, because the app is anonymous there are a number of people using it to post derogatory and even abusive things. One professor who was attacked by students on the app said: “I have been defamed, my reputation besmirched. I have been sexually harassed and verbally abused”. Nothing came of this woman’s claim, because in the absence of a direct or imminent threat the app would not release the names of the people responsible for the abuse.

In these cases it is hard to figure out who is to blame. Do we hold the creator of the apps accountable for making cyber bullying accessible? Do we try to find the individuals who cyberbully? Or, do we blame groups for making cyberbullying the norm on social media? Social psychology gives good reason for why we should not be so quick to blame individuals.

The Lens of Social Psychology 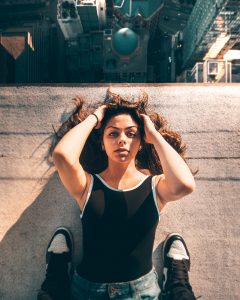 Self-esteem is defined as the positive feelings we have about ourselves. Low self-esteem individuals are often very affected by negative feedback. So, people with low self-esteem might engage in cyber bulling as a way of making them feel better about themselves. For example, say someone uses Yik Yak and they find a great deal of negative or mean posts about them. As a way of then raising their self-esteem this person might post negative content about another person.

Conformity is defined as the tendency to change beliefs and behaviors in ways that are consistent with group standards. It stands to reason that individuals who might not be bullies in the real world engage in cyber bullying as an act of conforming online. There are many reasons why people conform, some of which include feeling invested in the group, thinking the group knows more than you do, and wanting to fit in.

Conformity is key for cyber bullying because there are different group norms on social media than there are in real life. People who might not be willing to actually bully others in real life feel comfortable doing so online, which could be due to conformity. For example, someone sees that many other people are bullying people online. All you have to do is read YouTube comments to see how common bullying is. So, to them it feels like the group norm. This person might join in on the bullying because they think it is the norm for the situation. At the root of the issue is normative conformity, which is conforming because you want to fit in with the group. You can read more about normative conformity here.

The Link Between Self-Esteem and Cyberbullying

Previous research provides evidence for a potential link between low-self esteem and cyber bullying. Researchers Kim & Davis looked at self-esteem in undergraduate students to see how it was related to problematic Internet use. This study found that self-esteem, safe social contracts, and problematic Internet use were all correlated with each other.

Problematic Internet Use (PIU) in this study was defined as a person’s ability to self-regulate while using the Internet. PIU is related to cyber bullying because it deals with the ways in which people do not have self-control and self-regulation on the Internet, which can include bullying. Self-esteem was assessed using a self-esteem survey. Researchers Kim & Davis found that as self-esteem decreased problematic internet use increased. This means that people with low self-esteem are misusing the internet more. One possible explanation for this finding is that low self-esteem people misuse the internet as a way of raising their self-esteem. The downward social comparison (described above) might explain this correlation.

When looking at safe social contracts the study found that people with low self-esteem felt safer on the internet than they did in real life. They also felt they had more worth online than they did in real life. This finding could indicate a link to problematic Internet use for people with low-self esteem. These people might feel like they have a whole different identity online than they do in person, which could make them more prone to bullying people online.

The Link Between Conformity and Cyberbullying

Previous research also provides evidence for a potential link between cyber bullying and conformity. in 2014 researcher Urdis conducted a correlational study with college students. Urdis correlated participants’ scores on an online disinhibition survey with their self-reported perpetration of cyber bullying.

The results from this study found that people who felt more disinhibition online also said they had cyberbullied people more. This was true for both benign and toxic online disinhibitions. These results indicate that the less inhibited people feel online, the more likely they are to participate in cyber bullying.

The study also found that benign online disinhibition was more common than toxic disinhibition. This indicates that even people who might not have malicious intent are still participating in cyber bullying online because they feel anonymous. Possibly, this is because they are conforming to group norms about what is acceptable to do online.

Urdis’ study also found that the more time someone spent online the higher their online disinhibition. This might mean that the more exposure someone has to people’s views online the less inhibited they become possibly due to conformity. It seems like online disinhibition might be related to deindividuation. If people feel less inhibited online it could be because within the context of the online group they feel anonymous and thus act in ways they might not in person.

The studies I have presented were all correlations. There is no way to make causal statements that low self-esteem, conformity, or deindividuation make people into cyber bullies. However, the research indicates that there is a link. It would be interesting if further research could be done to see if there is a causal relationship between cyber bullying, self-esteem, and conformity. It is also clear that there is a lack of research evaluating anonymous social media and how it is related to social psychology concepts. It is important to look at anonymous social media because it might have different norms then other forms of social media. As new social media platforms are constantly popping up it is crucial to see how these platforms are affecting individuals and how individuals are using them.