Diffusion of Responsibility – Definition and Examples

The Diffusion of Responsibility

The diffusion of responsibility is the social psychology phenomenon that individuals are less likely to take action when a larger number of people are present. Sometimes referred to as the “bystander effect,” many studies have investigated the diffusion of responsibility, its possible causes, and how we experience it as both individuals and part of a bigger group. This is a cross-cultural phenomenon, and a 2015 study observed it in children as young as five years of age.

What is the Diffusion of Responsibilty? 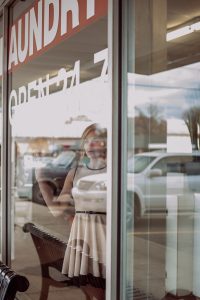 To put it simply, this phenomenon is when an individual does not take action because a large group of other people are present. As the size of the group increases, it’s generally less likely that an individual will take any action. The diffusion of responsibility is most common in larger groups, when nobody has been appointed as the leader, and when the individual does not feel personally responsible for the experience.

Social psychologists describe two possible beliefs people have that might lead to the diffusion of responsibility. The first belief is that someone else who is present will take action. Therefore, someone chooses to not take action themselves. The second belief is that they will not be found personally responsible for inaction because there are so many other people present. Both perspectives result in an individual not taking action due to the presence of other people.

Examples of the Concept

There are many ways in which the diffusion of responsibility may be experienced. You might observe harm in daily life or know about larger harm being caused by certain corporations or groups of people. To illustrate one example let’s say you’re driving down the road and notice that there is a small fire on the side of the road. You might think to yourself that it seems dangerous. However, you notice there are dozens or hundreds of others drivers who have seen and will see the fire. Surely somebody will call the fire department, right? Maybe somebody already has. So you decide not to report the fire and drive on.

The diffusion of responsibility can also pop up in work environments.  For example, you might notice that an entry-level worker is being mistreated in some way. Perhaps they are being overworked, underpaid, or harassed. Maybe you think that somebody else already noticed the mistreatment and is handling it. Additionally, you might believe that you aren’t at fault because the harm is being caused by a large group (your organization) and not you individually.

There have been many historical examples of the bystander effect. Perhaps one of the most famous is the murder of Kitty Genovese. In Spring of 1964, Kitty Genovese was raped and murdered in a parking lot in New York. Reportedly, 38 people witnessed the attack that lasted about thirty minutes. The witnesses did not call for help or try to aid Kitty due to the diffusion of responsibility.

The diffusion of responsibility has also been cited in reference to the Nazi trials and Nuremberg, the U.S. Army in the My Lai Massacre of the Vietnam War, and the nonaction of Black Friday shoppers in 2008.

Decades of research show that many factors may influence whether or not people in a group take action during an emergency or situation requiring assistance. Common factors that may influence the effect of the diffusion of responsibility include:

Research on the Diffusion of Responsibility

Many studies have looked at the bystander effect. John Darley and Bibb Latané were two of the first psychologists to develop a diffusion of responsibility experiment. Following the murder of Kitty Genovese in the late 1960’s, Latané and Darley conducted studies investigating the effect. In their first and most well-known study, they looked at the relationship between group size and reporting danger.

An interesting finding is that the phenomenon impacts groups of only three people. The likelihood of an individual taking action decreases as the group increases in size, but it may occur in groups as small as three or four.

Latané and Darley created a model of helping to describe the process through which individuals go before taking action. Their model contains five steps:

Utilizing the Diffusion of Responsibility

Understanding this phenomenon can help us to take action as individuals and as a greater society. There are a few ways in which we can utilize the diffusion of responsibility in our lives to take action, encourage positive outcomes, and understand difficulties.

Whether it is climate change, income inequality, or discrimination, the diffusion of responsibility often comes into play. We can understand social inaction through this lens. The bystander effect can provide a foundation for understanding why these problems are not being handled. Furthermore, we can take action ourselves in ways that are healthy and assertive. Although there are other people out there taking action, we must take steps ourselves to combat this phenomenon of inaction. 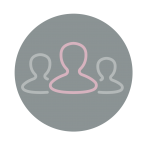 When you need something, it is likely to be more effective to ask an individual. A 2002 study investigated responses to mass emails and private emails requesting information. Those that received personalized requests were significantly more likely to provide the information, and in a more timely manner. This may be useful in marketing, requesting donations, asking for help in a time of need, and encouraging people to take a leadership role. 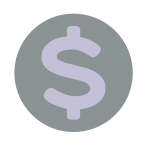 In a collaborative corporate setting, individuals may lack incentive to perform well. When they work harder the company may make more money but the individual may not. When an individual hears that the company needs to make more sales or boost productivity, the diffusion of responsibility may come into effect. You can make an effort to provide personalized rewards and incentives, as the person is more likely to respond to an individualized bonus. 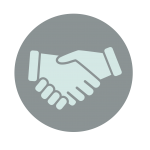 Understanding the diffusion of responsibility also gives us the opportunity to step into a leadership role or strengthen our current role as a leader. When you’re leading a group, make specific requests to individuals. Asking the group as a whole to step up to handle something is less likely to result in a positive outcome than asking a single person to take on a task.

Exercise is an important part of mental health. For more ways to practice self-care try working out with a personal trainer.